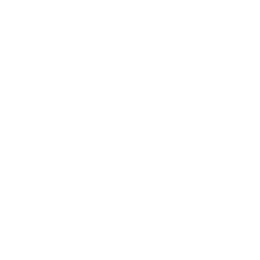 Learning as we grow, Growing as we learn

Pinner Wood School was originally part of the Pinner National School dating back to the 1800s, and was situated in the High Street, eventually moving to School Lane off Marsh Road.

In the late 1930s, it was decided to build a new school off Pinner Hill Road in Latimer Gardens. In early September 1939, Pinner Wood Primary School was opened, fulfilling Pinner’s needs for another local school.

Opening at the start of the Second World War, the pupils continued their education along with planting and digging for victory; the field became a large vegetable patch for the children to ‘do their bit’, even taking part in a BBC broadcast for American radio talking about their war effort.

School uniform was introduced in 1958, but not everyone wore it at first. A very popular and successful school, it changed again in 1972-3 when the large school was divided into two, as First and Middle Schools under two heads and governing bodies; and extended with an additional practical area upstairs for the Middle School’s use.

The two schools changed 10 years ago when they were amalgamated and became one school yet again, bringing Pinner Wood School into the 21st Century as an ‘outstanding school’ (2010/11 and again in 2011/12). Even the enforced evacuation from the school site in March 2017 (when partially collapsed chalk mines were discovered twenty metres below the ground) did not stop the strong community spirit of ‘Pinner Wood Forever’, where children, parents, governors and staff continued to maintain the school’s ethos of ‘Learning Together’ and strong partnership and cohesion. The mines were filled and the school went back ‘home’ in January 2018.

In June 2019, the school celebrated 80 years. The pupils took part in a two-week ‘Happy Birthday Pinner Wood’ project where they found answers to the question ‘What was Pinner Wood like for Pupils of the past?’ This culminated in a day of celebrations that the whole school community could enjoy. The orchestra played, the choir sang and former pupil, Michael Rosen made a surprise visit.

All children were involved in making a mural which now takes pride of place in our school. Pinner Wood School continues to go from strength to strength.

Explore More
Find us on a map

office@pinnerwood.co.uk
Find us on a map
STAFF LOGIN
PARENT LOGIN